Economic Data falls in the US, chances of rate cuts increase.

Early week strength got flustered by volatility in the US equity markets last week. Due to economic data reporting weaker than expected fear was driven into the markets until the end of the week when hopes of the Fed saving the markets rose yet again. PMI data to start the week cause US equities and interest rates to get hit to the downside. The ISM Manufacturing data that came out of Tuesday was the lowest since 2009 and was the second in a row to print to indicate a contraction period. This caused the S&P 500 to drop through the august resistance level we had set out yet again and through the 50-day moving average. The short end of the yield curve rose again as other yields dropped.

The rate cuts were supposed to be over after the September meeting however with the recent turn in economic data events, the future seems optimistic in the rate cut world. The expectations for another cut in October increased to over 90% intraday and regulated to 76.4% to close out the week. Thursday, more news came out of the US, ISM services fell, and in came more downside in the market. There was some positive news to end the week and turn the market to end off on a higher note than initially anticipated. Unemployment figures dropped to the lowest level in 50 years, based on the September numbers, 3.5%. However, jobs and wage numbers held the rally back slightly. The mixed figures on Friday were viewed positively because that increased the odds of a rate cut by the end of the month, after seeing all the abysmal data.

The US dollar index hit 2-year highs early in the week and fell on weak US economic data throughout which helped gold rally aggressively back above the $1500 level. The pound made modest gains as Boris Johnson submitted a new Brexit proposal that was constructive enough to ease fears about the UK ‘accidentally’ crashing out of the EU.

Political trouble keeps brewing in the US. The Democrats continue to investigate the Ukraine call transcript. In the meantime, Trump continued down the corruption allegations and called for China to launch an investigation into Joe Biden, as he did with Ukraine. He did not ease off on the Democrats either, he continued to prompt allegation suggesting big drug companies are in cahoots with Democrats and the news media.  Separately the WTO issued a ruling granting the US the right to target $7.5B in EU imports with trade sanctions as a result of Airbus subsidies which the White House quickly jumped on, issuing a list of tariffs to be implemented later this month. Commentary remained somewhat constructive in the lead up to the next round of China trade talks in Washington next week. 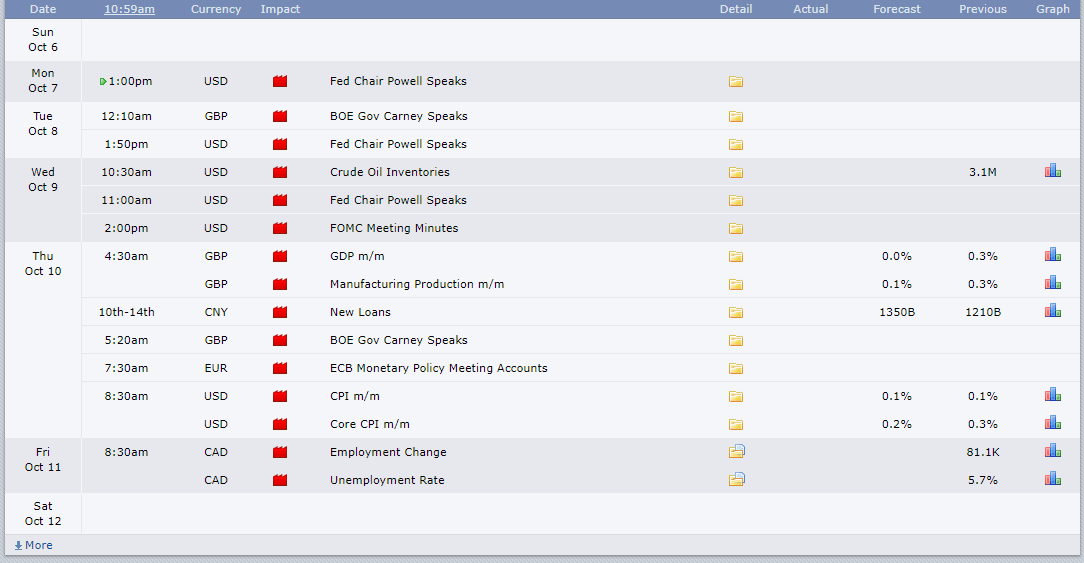