There are numerous chart patterns and technical indicators that traders and investors use in their analysis of the financial markets, however, the one pattern that most market participants are familiar with is the Golden Cross!

In this article, you will get a deeper understanding of this technical indicator including how the golden cross forms and how you can use the golden cross to spot potential transition points in market trends.

What is the Golden Cross? 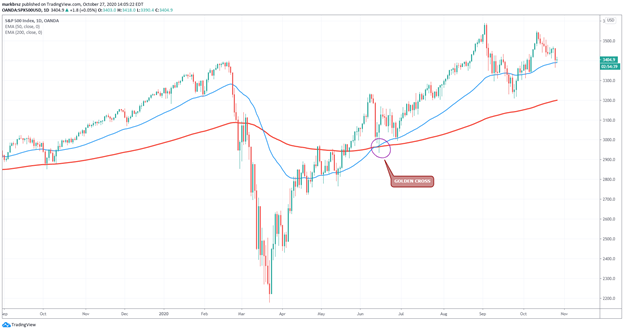 What Does the Golden Cross Tell You?

The golden cross signals to traders and investors that market sentiment is potentially shifting bullish after a period of sustained bearish pressure and a new bull market is in the early stages of development.

There are generally three stages to a golden cross: